I was excited for my cousin Cez when she announced six years ago that she is getting married to her boyfriend of two years. My cousin and her fiancé are in the right age to settle down so nobody protested to their marriage plan (not even my strict uncle). The invitations were sent out to families, relatives and friends a few weeks after the announcement. I wish I had the chance to suggest a design for their invitation card something that looks more modern.

They also hired a wedding photographer and videographer to document the most important event in their life as a couple. Unfortunately, the video was a bit hazy including the shots taken at the bride’s house and the reception area. The videographer could have edited portions that are not necessary in the film. I was not involved in the wedding preparation, but if I had the chance to share my idea about the wedding, I could have suggested wedding consultants Port Washington NY to cover my cousin’s wedding.

Anyway, the wedding went well and they still have mementos to remind them of how special the occasion was to the couple and their families.

My cousin’s wedding went smoothly as planned. It was a simple church wedding, but I admit I envy her for realizing her dream to walk down the aisle. I’ve always dream of a church wedding. I’m sure my time to wear a lovely wedding dress will come in God’s time. And when the moment comes, I want to make it special by hiring a wedding consultant. We will send our family and friends unique wedding announcement to share the special day with us. I will reserve some invitations for my blogger friends and to family members I hold dear. I will keep everyone posted.

Got this funny line from Anger Management 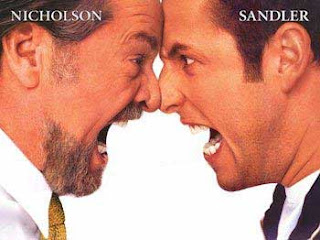 There are two kinds of angry people: Explosive and implosive

“Explosive is the kind of individual that you see screaming at the cashier for not taking their coupons. And implosive is the cashier who remains quiet day after day… until finally shoots everyone in the store.”

So what kind of angry person are you? I won’t divulge my answer LOL.

More children drop out of school even before reaching the sixth grade. I am citing an old survey conducted by a non-government organization in nine different provinces in the country bet. 2004 and 2005. A total of 1,600 children, seven to 10 years old were involved in the study.

The study is quite old. But I will emphasize on the reasons why children quit school.

Based on the survey, the family of these children usually rely on a seasonal source of income like farming.

‘Extreme sadness’ was also noted to some children participants. Reasons were related to problems in family dynamics. They were usually scolded at home or have parents who always fight.

The study also noted a high incidence of malnutrition among Grade 1 pupils.

Grade 1 is a transition between pre-school and regular school, so there are a lot of adjustments on the part of a child. They are entering school for the first time, they adjust from a home setting where they can eat anything guided by the parents to a school setting without guidance. They are on their own in the school setting. (I wish they Learn more about us at MusiciansFriend.com)

Forward to 2009 and the setting will be in Metro Manila.

Just how appropriate is the result of the survey to school-age children in Metro Manila?

Are kids residing in the cities luckier than their counterpart in the provinces.