A burial and a birthday. Michael Jackson will be laid to his final resting place on August 29, the day he is supposed to be celebrating his 51st birthday.

The birthday burial will be held at the Los Angeles’ Forest Lawn Cemetery. It would be a private event according to reports. The date was set two months after the pop icon’s demise on June 25 due to heart failure.

Investigators are eyeing the role of the prescription drug – a powerful anesthetics – in the death of Jackson which was said to be administered by his personal doctor Conrad Murray.

Meantime, my daughter is bit sad today when she learned about the announcement of MJ’s interment.

My daughter is a Michael Jackson fan. About two years before the King of Pop died she was already listening to MJ’s songs and even downloaded some of his popular music videos. When Michael Jackson died on June 25 her liking for the pop icon’s music becomes more evident. She does not only sing his popular songs, but also dance to their upbeat tune.

She reads anything about Michael Jackson – from his childhood to the most recent event related to his death. She also started collecting pictures of Michael, mostly downloaded from the Internet, and organized them in a clear book.

She also requested her father to have MJ’s image printed on her newly-bought white shirt. The latest in her collection is an original limited copy of MJ’s CD (The Essential Michael Jackson). I asked her what particular Michael Jackson song is her favorite. She said all because the songs are ‘addicting.’ I think her fondness for the music does not interfere with her studies at all. In fact, she got good grades during her last exams.

To remember MJ in her own way she open a Friendster account that will also serve as a fan site for her and other young person her age.

Here are some of her collections which she treasure so much. She took all these pictures using a cell phone camera that’s why shots are a little blurry. 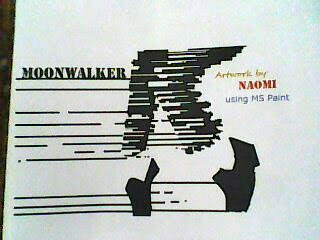 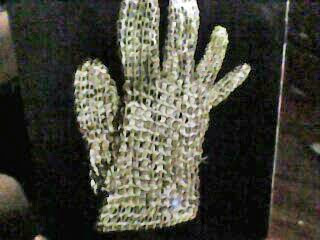 A final wave from the Gloved One. Taken from Time Magazine. 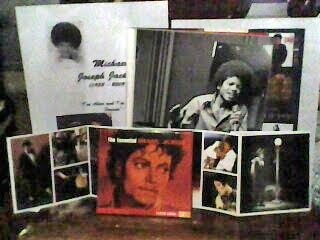 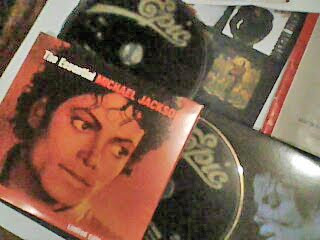 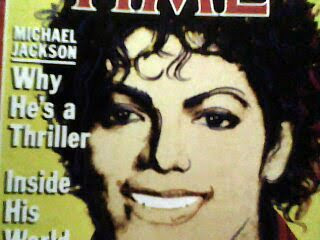 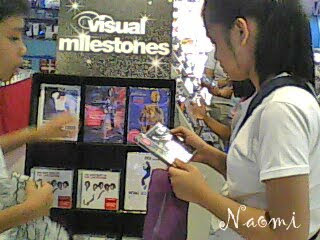 8 thoughts on “A fan site for Michael Jackson, picture collections and more”