My son Khalil has less than P1,000 savings which he earned from the tips and loose change that he got from me and his sister. He used to own a piggy bank just like his sister, but now my son decided to keep his savings in an old wallet. I’m thinking of buying him and his sister a bigger coin bank so I began searching for cute designs of coin banks on the Internet. You see, I have no time to go to the mall to shop for anything and lately I find online shopping as the best alternative to shop for the things that I need, except for food, of course. I thought of opening a bank account for them, but I don’t have time to go to the bank as well as I’m swamped with a home-based job for several weeks now. 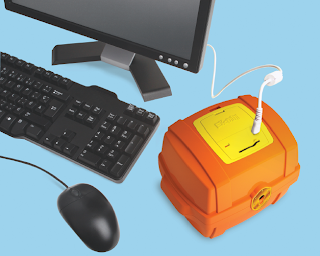 But you know what I discovered over the weekend? I sure need a coin bank and I found one, an interactive one at that! It is called Ekomini. It is an interactive piggy bank designed to help mommies and daddies educate their children about the value of hard-earned money. 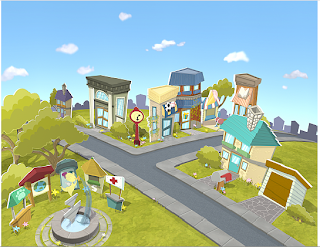 As you see in the cute pictures, Ekomini comprises a money box that connects to a computer to keep track of the money kids save, and an educational game called Ekominiville. The game, which sounds like a popular game in a social networking site, will allow kids to learn about saving, planning for purchases, and donating to social causes and investing. 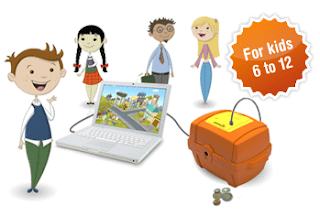 What is also cool about this online saving project is that it has parental interface to let mom and dad involved in their kids’ saving progress.

This ingenious product is designed for kids 6 to 12 years old and you can have it for only $39.99.