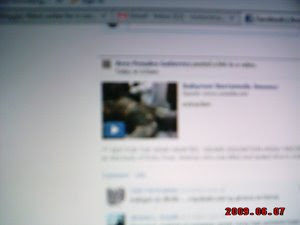 I was browsing Facebook this morning and saw a Youtube link posted by a former editor. He’d warn though that the video is not for the weak-hearted and that viewer discretion is highly recommended. I was able to watch it until it was removed from Youtube several minutes later.

It was too depressing sight for an ordinary person like me (non-medical and non-forensic at that) to see. The clip that runs for a couple of minutes or less, was taken during a forensic investigation on the body of Ruby Rose Jimenez, who was killed and sealed in a barrel and cemented steel case by her abductors.

The victim’s feet are tied down, hands cuffed behind her back and the head was wrapped by a plastic material. Her tummy was also bloated.

Authorities found Ruby’s body after a tipster (or a suspect) led them to her supposed permanent grave inside the Navotas Fish Port on June 10.

It’s a tragic death carried out by ‘professionals’. I wonder if these people could sleep soundly at night for what they did.

Quoting my former ed’s exact words on his post: “Akala natin sa sine lang nangyayari ito…. when i was still based there (Manila), I’ve met and seen “powerful” families — not necessarily politicians — who’d boast they can do that to anyone who dare cross them.”

Ruby’s case is not an isolated one. There are a number of heinous crimes similar to her case that remain unsolved at present.

Could the restoration of Death Penalty deter crimes like these from happening?

My heart goes out to Ruby’s grieving loved ones. And may her soul rest in peace.