After almost five days in the hospital the doctor who looks after my kids broke some good news to us this afternoon. My kids are on their way to recovery from dengue infection. My son’s platelet count has increased from 90 to 120 this morning, a good sign that he is recovering well. My daughter’s platelet count, on the other hand, has yet to reach the normal level, but all other lab tests conducted yesterday and today showed positive signs that she has passed the critical stage of dengue fever. The doctor has given them a clean bill of health and permission to go home. But not to get excited about their going home, the doctor still warns the kids not to engage in stressful activities like playing. They need a few more days rest before they can go back to school. They have a lot of catching up to do with their school lessons so they need to save their energy.

My kids have surpassed another sickness and we are grateful that they did not reach that life-threatening stage of dengue fever. Although, their hospitalization has exhausted our little savings, I believe there are more reasons to be thankful for and I know things will be much better for us tomorrow. 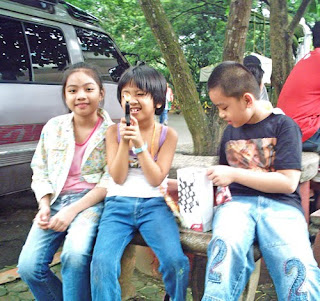