Arrgh…they watched MJ’s movie without me! I was really broken-hearted but what am I supposed to do? I was languishing at home toiling over an unfinished assignment. huhuhu.  (~~>.<~~)

I definitely can’t write about it so I requested my daughter to write a sort of review for me. Guess what, you are reading an entry written by her now. My daughter is my guest blogger today. She is Naomi, future artist and writer. (^.^) 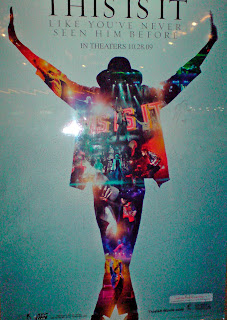 “We watched Michael Jackson’s “This is it” yesterday (Sunday). It was worth watching and I really enjoyed it. It was MJ’s best film as critics would rate it. As a fan of the late singer I agree with them. The best parts are his performances of “Smooth Criminal” and “Thriller” which are supposed to be shown in 3D during the concert and both songs are presented with new music videos. While watching it, you can’t help but dance and sing along with his songs. What’s great about it is that his voice is still the same like when he was younger. The film is really great and all his performances are really great even if it was just a rehearsal. He was and still is the great singer and dancer for me. The film is a must see movie whether you are an MJ fan or not.”

I couldn’t agree more. The review came from an avid fan herself. I can imagine the joy in my daughter’s eyes while watching the movie. It was all Dad and kids bonding moment last Sunday and they had fun! 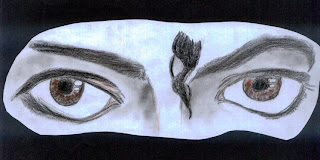